We are impatient for centuries or having it in our instinct but now intolerance has also complicated our behaviors.  We as a human should take some positive criticism to promote our personality but the situation is quite different. We even do not want to see such person around us who is against our views. Such behavior of “I am perfect” is like living in fool’s paradise. Nobody is perfect; we all have some flaws in our personalities. Each one of us is different from other, our perspective is unlike an approach to some subject may vary every time. We should listen to others with patience, whether the opponent is true or not. Generally, It gives us the experience to understand others personalities and views they have about us.

Intolerance is becoming a general behavior globally; internationally it can be illustrated very easily. Recently polling results are being criticized in developed and powerful countries. Presidents/Prime Ministers of democratic countries are not ready to listen to anything against their decisions. Judiciary’s judgments and rulings have become a joke for everyone. If the judgment is according to one’s mind; it will be appreciated otherwise will be declared as a grudge. In Pakistan, a higher level of decision is awaited by government and opposition as well. Whoever will be disappointed will start to criticize it. Newly a powerful republic also demonstrated the same attitude. Moreover, poor Hillary is still being ragged in many statements even after her defeat.

Moreover, such approach can be seen in our in neighbor and so-called democratic countries also. Many people have been killed just for having different views. Rumors are around that actors were victims and being killed for being aggressive or expressive. Some old age people have been hanged in another country for being opponent of the government. Innocent minorities of many countries either they are Muslim or Non-Muslim, often pay a lot. Racism is at its peak, majorities have always tried to hurt minorities’ feelings and tried to silence them by force due to the fact that they have a different perspective or traditions. There are many examples that cannot be quoted here because they need a lot of time and are controversial, but we are aware of them.

In routine life, I personally, witnessed intolerance in society. As a driver we are always is in hurry, not giving way to anyone, crossing the limits of speed, breaking the signals and overtaking is a routine. People used to fight each other without any solid reason. Mostly on busy roads, there are many examples such as public crossings the roads without crossing signs. If they have been hit by some vehicle, they are ready to fight without accepting their fault. Generally, a motorcyclist is abusing to car rider and the car driver is saying harsh words for cyclist or rickshaw. Most of them are wrong but nobody wants to accept it. Our news channels showed many time such clips of intolerance when traffic sergeant is being rude toward old age people or women. Although they are supposed to warn the public and implementation of the law they took the law into their hands and punish many people on their own. The public is not away from it they have also done many offensive actions.

Political parties are the worse example of being intolerant. If they are in opposition, they are equipped to oppose each and every decision of ruling party. Their party workers are a step ahead and they are ready to come out on roads for the protest without knowing the facts. On the other hand, ruling parties are not ready to accept any reasonable suggestion from the opposition. Neighbors are annoyed with each other, parents are blaming teachers while the teacher has some other problems to say. Fresh graduates are angry with the system and everyone is upset. 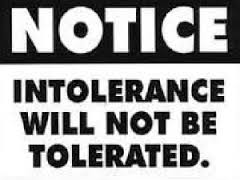 According to me, I am really unable to give an advice to some country or politicians because they already have plans and strategies in their mind.  They are very calculative to manipulate others as well as their public. My concern is the common person. Being intolerant is just because the life has changed into a speedy one. We do not have time to sit and judge the situation. We are unable to evaluate the pro and cons of any circumstances. People having some powers do not care about any happening because they think they will manage any situation. It is also a negative treatment. On the other hand, whenever we look or listen to something, we try to act immediately without understanding the condition. If we give it a while, it will be sorted out effectively.  If we try to think about rights or wrongs then all will be in right direction. 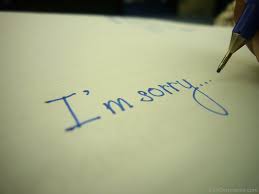 We also hesitate to accept our faults and often not ready to say sorry. There is no need to pause to say sorry for your mistakes. This acceptance will prove you a right person instead to evaluate you. We must look at the positive side of everything; it will introduce us to the brighter side of people nature we live with. We are social animals and we should tolerate each other. We are now more informative as compare to our previous generation. So we should behave as a sensible citizen and no one can manipulate us. When we acquire such behavior, it will bring an environment to form “A government of the people, by the people and for the people”.

Hoping for a positive change and all the very best for all.
Best regards.

Cricket is back and I have no option to express it.

Finally, some cricket in Lahore, the most awaited event is going to be held by tomorrow in Gaddafi Stadium Lahore at 8.00 p.m PST right after the cheerful closing ceremony. People from all walks of the life are looking forward to participating. Media was busy to broadcast the thrill of cricket lovers who didn’t back off while standing in the long queues even in the sun. They were waiting for their turns anxiously because the Awami(economical) tickets were limited in number. At times, they would sing songs to pass their time cheerfully and on the other times, they would quarrel with each other to get an early chance for achievement. But no hard feelings, it is our passion and we can avoid such petty things.
People having the cricket Junoon can understand the anticipation of these die-hard cricket fans. Since cricket in Pakistan is not merely a sport but it is more of a passion and a food for souls. People who don’t even have enough resources are also going to witness this most awaited event. An example is the street sellers who have limited resources but purchased a ticket and going to enjoy it.
The Government and administration seem equally excited. The roads and routes towards Gaddafi Stadium have been decorated with banners, flowers, and colorful floats. Welcome banners can also be seen to cheer the foreign players. This is also thanks to them to come and let us enjoy the most awaited moment. The city is blooming in two springs; one that nature brought, second that the PSL and no doubt our Government did a role in it.
Actually, though, there is a lot of risks, the Government is doing an awesome job providing foolproof security measures. The spectators won’t be let in the stadium without a biometric verification. According to sources two security helicopters will also be hovering over the city. People are excited and satisfied with all the measures except for a few. Obviously, alternate routes will be jammed due to a huge downpour of traffic and will be blocked throughout the day.
What so ever, we will enjoy and welcome this gala with open hearts. We Pakistani’s are all up for festivity and positivity no matter what comes in our way. Also, we hope and pray for the success of this event safely.
I personally hope that this event would project a good, warm and soft image of Pakistan; a country of hearty people fighting against terrorism bravely!

With this being my first attempt, I’m looking forward to your warm response.
Best regards and hope to see u soon!